The Changing Face of Harlem: A New Dominican-American Congressman

Harlem has long been considered the epicenter of African-American culture in New York City. Welcome to the neighborhood that set the stage for the Harlem Renaissance, which solidified its standing as a cultural nexus of Black culture. Today, the face of Harlem is changing substantially, as the African-Americans are now a minority in their own neighborhood. Just yesterday, we saw the legacy of gentrification and immigration finally taking root — Harlem will soon have a Dominican-American congressman.

Recently, the very face of the Harlem political establishment, Congressman Charlie Rangel, decided to retire. Subsequently, the Democratic primary election had a very crowded field. In this district, which is safely liberal, the real contest occurred during the primary. The general election is just a formality that will lead to the Democratic candidate winning in an overwhelming landslide. Because the field of candidates was so crowded, the Black vote was split, leading to a primary electoral victory for New York State Senator Adriano Espaillat, a Dominican-American. 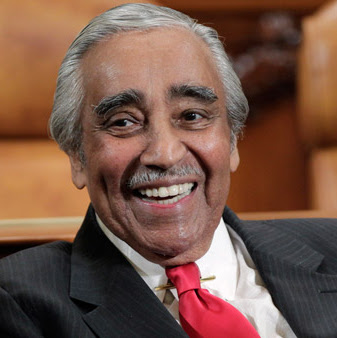 While Congressman Rangel is part Hispanic through his father’s side, this will be the first time that the district is represented by a person who does not self-identify as African American in several generations. Congressman Rangel has occupied this seat since 1971, when he unseated Adam Powell Jr, the first person of African-American descent from New York to be elected to congress. Interestingly, Adam Clayton Powell IV, Congressman Powell’s son, was one of the contenders in the Democratic primary who lost to Espaillat.

Soon-to-be Congressman Espaillat eked out a win by winning just over 1,200 votes more than Assemblyman Keith Wright. Wright had been Congressman Rangel’s officially endorsed and anointed successor to perpetuate the political machine that he personally built over his more than four decades in Congress.

The primary election’s winner and the Harlem establishment have some bad blood. Espaillat had previously challenged Congressman Rangel without success, and in the process produced a great deal of enmity with political leaders in Harlem. Not surprisingly, after the results delivering a shocking defeat in the primary election were known, accusations of voter suppression were lodged at Espaillat by Wright and other community figures like Al Sharpton.

Demographics have been changing in the district for quite some time in this district, tilting ever-more toward a Hispanic majority. The area in this district includes neighborhoods outside of Harlem, including Upper Manhattan and a slice of the Bronx. In Harlem itself, rapid gentrification and displacement of a historically majority African-American population has created an quickly evolving demography that includes more White Americans than ever. African-Americans have not been the majority in Harlem for several years.

Back in April, Bold’s Carrie Sheffield moderated a debate sponsored by Silicon Harlem, where all of the candidates made their policy platforms known.

After soon-to-be Congressman Espiallat enjoys his near certain victory in the November general election, we can expect that he’ll be challenged two years down the road by the Harlem political establishment.

David is the Editor of Bold. He's especially passionate about millennial economic empowerment. A former local news reporter, David is originally from the Little Havana area in Miami, and later became a pioneer resident of the Disney-inspired town of Celebration, Florida. David holds a Master’s in Public Policy from the Harvard Kennedy School.

Social Media Entrepreneur Shares the Keys to Her Success