President Barack Obama kicked off his diplomatic trip to Cuba with a photo-op in Havana’s Revolution Plaza. 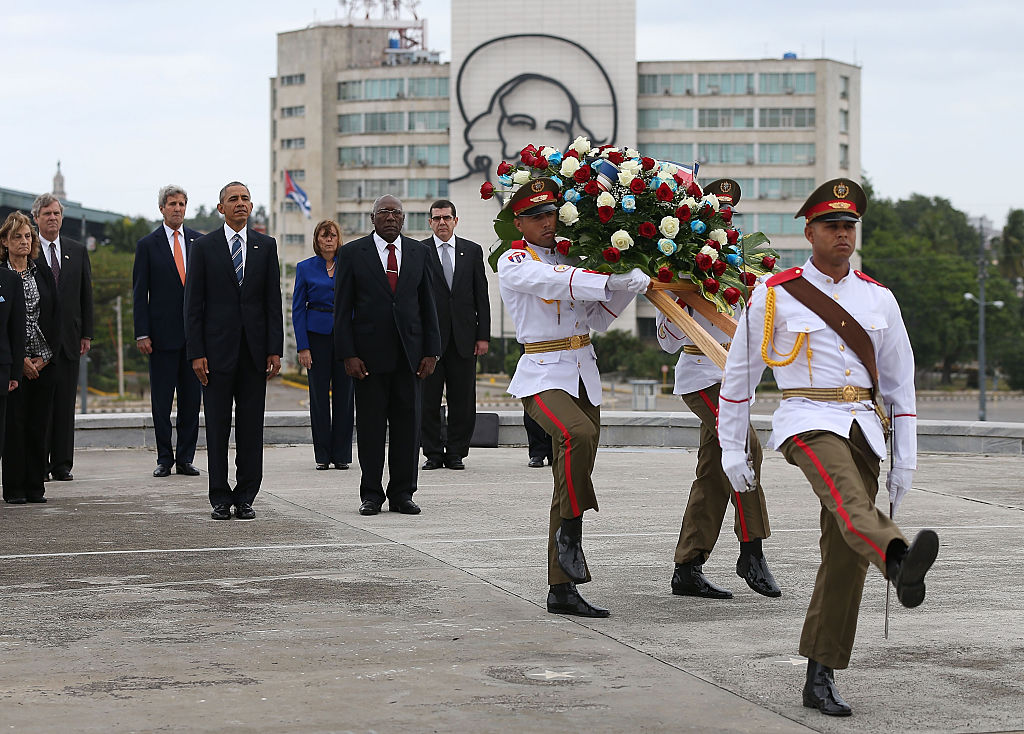 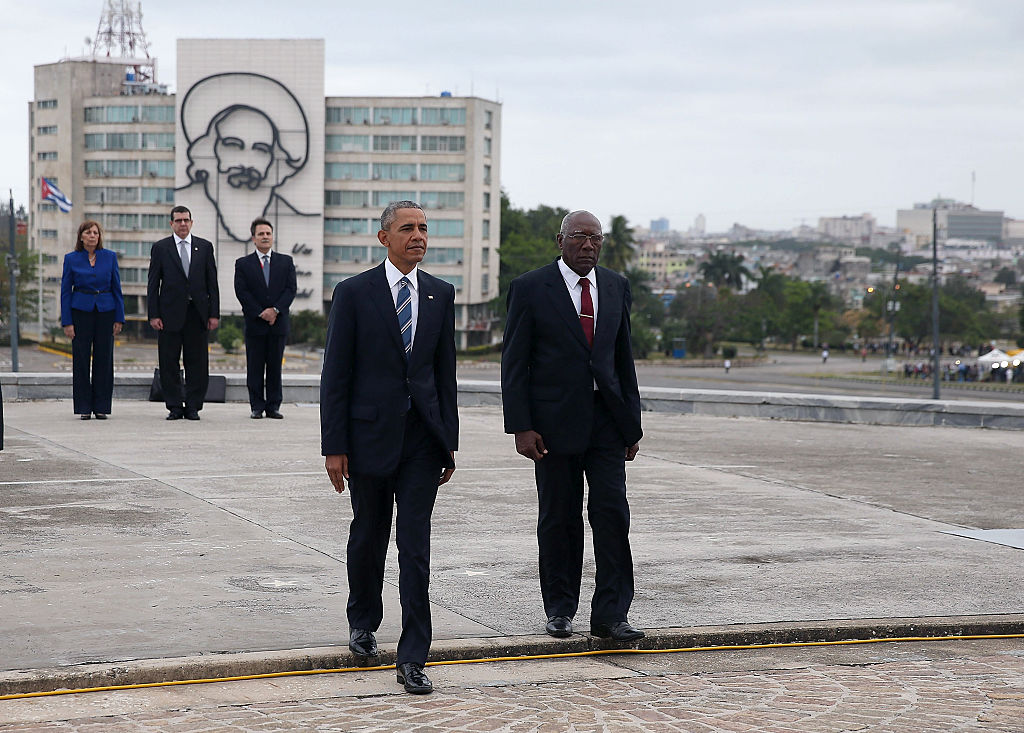 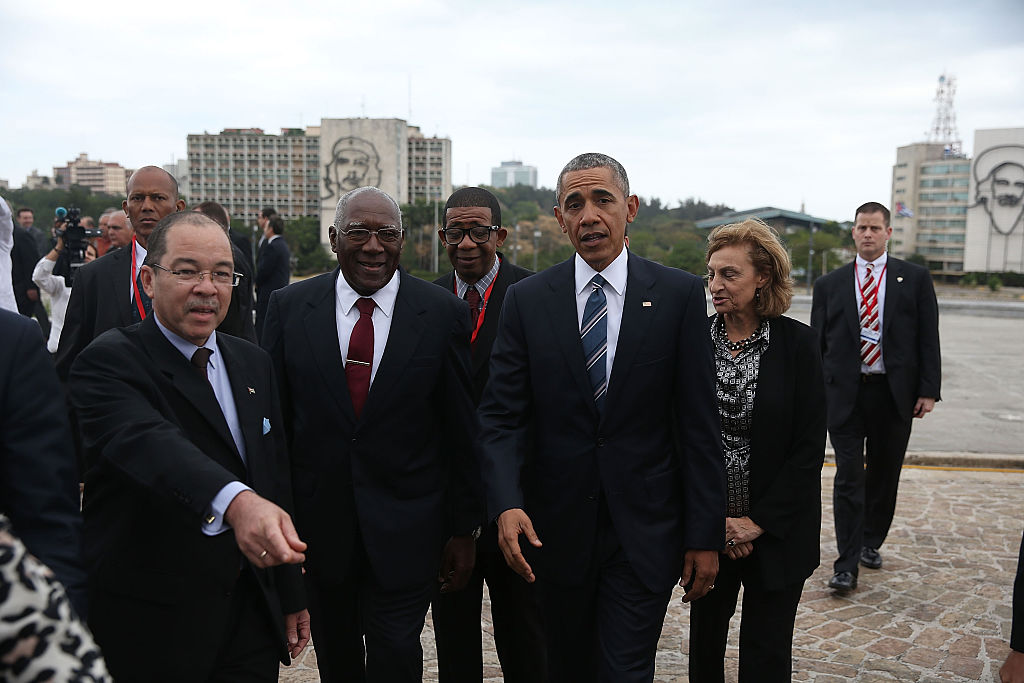 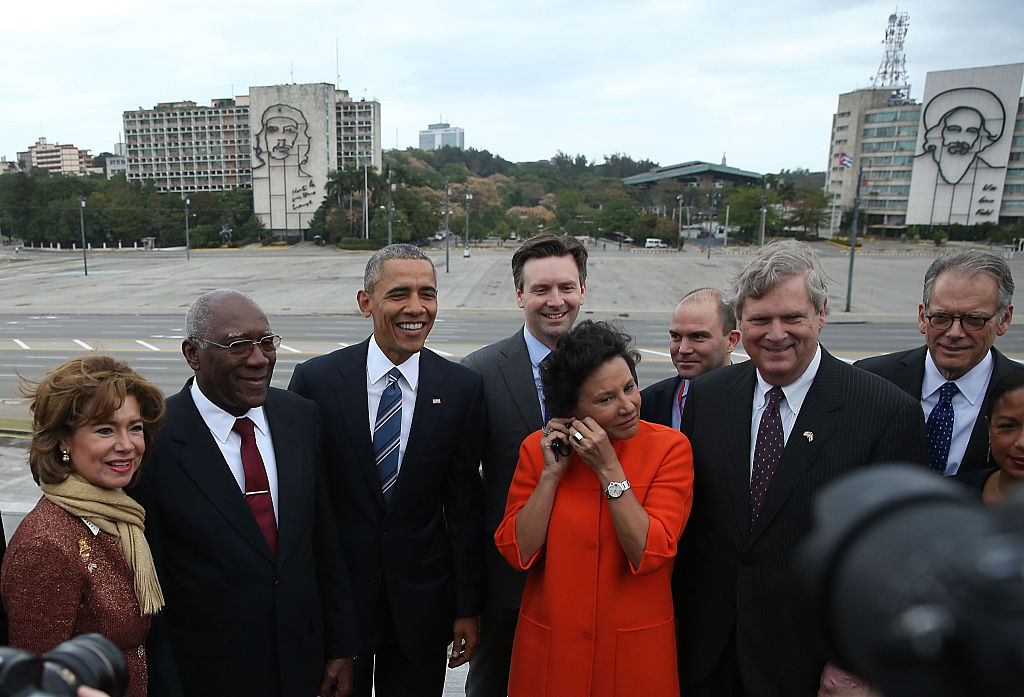 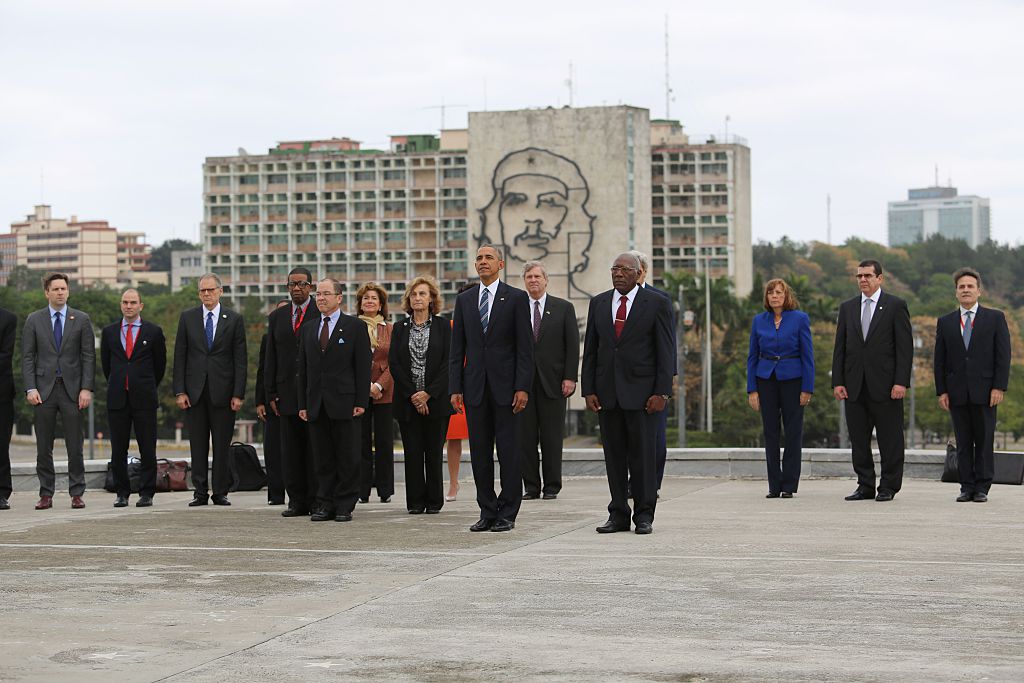 Naturally, it didn’t take social media long to criticize the choice of location.

@hale_razor Like so many on the left, Obama either doesn’t know or doesn’t care that Che was a mass murdering butcher. Incredible.

@yaf @POTUS I think Che was a communist. Was Obama trying to indicate his standing?

I grew up in Florida with Cuban refugees. It truly breaks my heart to see Obama standing w/dictators w/Che’s face in background.

I’m not as het up about the Che/Obama photo as much as others. But as a comms person, I would say it’s not great optics.

Disgusting! #Obama with an image of #terrorist Che in the background. #Cuba is not our friend! #idiot #democrat pic.twitter.com/oV5J6SbJLd

@KatMcKinley Obama is probably sporting a Che t-shirt under his dress shirt anyway.

Today, in Cuba. To be fair, Obama’s probably been saluting images of the blood-soaked Che Guevara his whole life. pic.twitter.com/5d0nWF8lJJ

Cross-posted from: The Daily Caller Foundation