Squirrels Cause More Power Outages Than Lightning and Terrorism

A cyber war was waged in Indiana Saturday that left 4,000 residents without power for more than four hours. The culprit wasn’t the Islamic State or Al-Qaida. It was a squirrel.

Squirrels damage the grid by running up power lines, devouring wires and accidentally electrocuting themselves inside sensitive infrastructure. Squirrels cause more power outages than lightning and terrorism, according to Cyber Squirrel 1.

The website states “all unclassified Cyber Squirrel Operations that have been released to the public that we have been able to confirm. There are many more executed ops than displayed on this map however, those ops remain classified.” 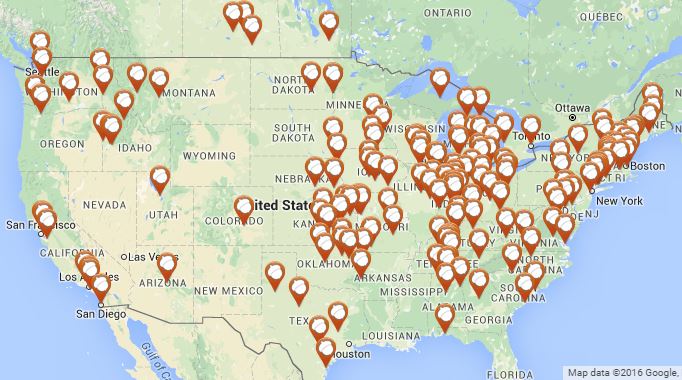 (Source: Cyber Squirrel 1) The satirical map by Cybersquirrel 1 shows every time a squirrel shut down power in 2015.

Cyber Squirrel 1 claims that the current “score” of infrastructure attacks by Squirrels is 623, while the U.S. has just one point. America got this point from the Stuxnet virus, which reportedly destroyed a fifth of Iran’s nuclear centrifuges by causing them to spin out of control.

The website also tracks squirrel-caused outages by month. In December alone, an array of animals caused 24 power outages, 11 of the attacks were directly caused by squirrels. These outages impacted 77,264 utility customers in 17 states, as well as four countries.

The Daily Caller News Foundation listed squirrels as one of the top threats to America’s power grid Sunday.

In Texas alone, utility companies spend more than $100,000 annually protecting the power grid from squirrels, which are estimated to cause roughly $2 million worth of damage each year in the state.

Content created by The Daily Caller News Foundation is available without charge to any eligible news publisher that can provide a large audience. For licensing opportunities of our original content, please contact licensing@dailycallernewsfoundation.org.